Included below are homes for sale in Versailles and Midway KY Neighborhood and Subdivision in Woodford County, Kentucky.  If you would like more information on any of these Versailles KY real estate listings, just click the "Request More Information" button when viewing the details of that property. We can provide you with disclosures, past sales history, dates and prices of homes recently sold nearby, and more.

And, if you haven't already, be sure to register for a free account so that you can receive email alerts whenever new Versailles listings and Midway listings come on the market.

Versailles, Ky. (Woodford County) is a small quaint community whose residents are big on southern charm and overwhelmed with pride for their hometown.  Versailles real estate, located in the middle of horse country, has a lot to be proud of.  Aside from being named nationally as a Preserved American Community; the city is home to many famous horse farms and numerous winners of the Kentucky Derby. The city is also the home of Ashford Stud, which is an important part of the Coolmore Stud International Thoroughbred horse breeding operation.

Versailles Community & the Arts
The residents here are constantly striving to maintain a high quality of life. The Women’s Club, the Theatrical Arts Association, the Chamber of Commerce and the Renaissance on Main Program (Vision Versailles 2000+) are just a sample of the many organizations striving to achieve the highest quality of life for its residents, making Versailles real estate a wonderful location for families thinking about relocating to the area. Versailles is home to Kentucky’s popular Labrot & Graham Distillery, makers of Woodford Reserve Bourbon. Several popular dining establishments are found within the county that brings in many visitors after a day at the horse races, including the Black Tulip, Holly Hill Inn and the Heirloom.  With Versailles strong ties in the horse industry and the luscious Bluegrass countryside, Hollywood often comes knocking on its door. The movie Dreamers based on a true story was filmed here and most of the small-town city scenes for the movie Elizabethtown were filmed in the downtown area. Versailles is a prime example of a small quaint American city, with charming residents striving to preserve the Bluegrass and its beautiful historic town. Versailles is located within minutes of big city life in Lexington.

Versailles Castle
Probably by far the most discussed resident in Versailles is the famous Castle! Sitting on 50.5 acres, a true castle exists in the middle of horse country. The castle "has been the subject of more speculation than any other building in the Bluegrass, and it’s a great fuel for the child’s imagination," said 1997s The Insider’s Guide to Lexington and the Kentucky Bluegrass. The castle was built in the 1970s by Rex and Caroline Martin. However, the Martins divorced soon after construction began, and the castle was never occupied. When finished the castle was to have seven bedrooms and 15 bathrooms, an Italian fountain in the driveway, tennis courts and every amenity found in a true European castle. Sadly, the castle was never finished.

In the late 1980s a small for-sale sign was placed on the main gate to the Castle, making it available on the Versailles real estate market. Hundreds called on the sign, but no one ever received a return call. It is said that Rex Martin never really wanted to sell due to his broken heart. Both the Lexington and Versailles Chamber of Commerce say have fielded more questions on the Castle than any other attraction in the area. In 2003, Martin died, and the castle and land were purchased for $1.8 million by Thomas Post, who wanted to remodel and finish the Castle as a Bed and Breakfast.

Shortly after construction began in 2004, a fire erupted and damaged much of the Castle. Hundreds of residents, passersby and television crews watched as the Castle burned in flames. Post vowed once again to rebuild the castle to all its glory. He did and in 2009, The Castle Post opened for the very first time to overnight guests and parties. It was a wonderful time as many residents counted down the days just to get a glimpse of the inside as only a handful of people had ever been inside the structure during its dramatic history. Post sold the castle in 2017 for $8.7 million and the new group of investors kept the castle open to dinner guests, offered tours, entertained a bed and breakfast, hosted charity events and more. The castle is a sight that has even caught the attention of Queen Elizabeth and celebrities such as Rock Hudson, Sylvester Stallone and Lee Majors. When finally completed, the castle became a prime destination for Versailles real estate and a landmark for travelers passing through the area. It is a sight not to be missed for the world! The official address is 230 Pisgah Pike Versailles, but the home faces Versailles Rd, so if you are heading to Versailles from Lexington, you can’t miss the sight of the huge castle on the right side. 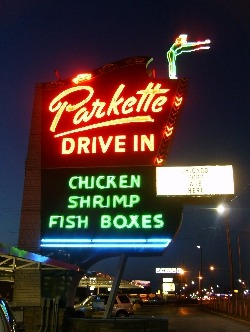 Restaurants & Eateries
End of an Era as Parkette Closes in Lexington KY June 2022 - My Visit from 2021, Kim Soper Realtor
BY Kim Soper
View All Blog Posts

End of an Era as Parkette Closes in Lexington KY June 2022 - My Visit from 2021, Kim Soper Realtor 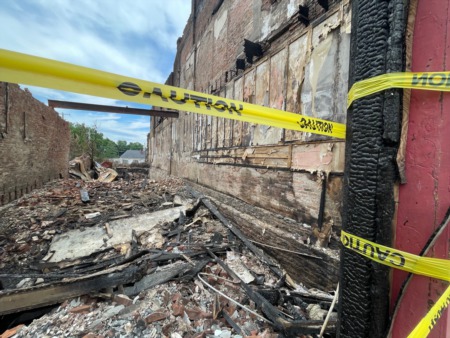