Included below are homes for sale in Paris, KY.  If you would like more information on any of these Paris KY real estate listings, just click the "Request More Information" button when viewing the details of that property. We can provide you with disclosures, past sales history, dates and prices of homes recently sold nearby, and more.

And, if you haven't already, be sure to register for a free account so that you can receive email alerts whenever new Paris listings come on the market.

$989,777
Neighborhood: Rural
3386 Cane Ridge Rd
Carlisle, KY 40311
216
Acres
15
Days on Site
22024881
MLS
A rare opportunity to own some of central Kentucky's most prized and certifiably organic pieces of land. Located outside of Paris KY and just down from storied Adena Springs, one of the largest...

Just a short 15-minute drive from Lexington is Paris, Kentucky (Bourbon County). The motto here: Horses, History and Hospitality, evoke a sense of unmatched pride. Paris is nestled in the heart of Kentucky´s famous Bluegrass Region, which offers the finest in Thoroughbred horses and lush green pastures - so rich in color, often giving the illusion of truly blue grass all boarded by century old stone fences. The history here is significant and has influenced life in Kentucky and has left its mark on everyday life around the world.

Garrett Morgan, born in Paris in 1877, is credited with inventing the tri-color traffic signal and the gas mask, while Paris native George Snyder invented the first fishing reel made in the USA. That fishing reel, made of brass, sold about a decade ago at auction for $31,500, making it the most expensive fishing item ever sold in the country. Nearby M.M.I. (Millersburg Military Institute) is no longer in operation today but it did remain the last military school in Kentucky and was among only a handful of military schools left in the U.S. Founded in 1893, the school educated over 10,000 cadets and was named Kentucky´s official Military Institute in 1984. It has since been purchased by Community Ventures and renamed Mustard Seed Hill. Many of the huge oak trees were removed when they purchased the property, and it became the talk of the town since residents were torn over the removal of the 80-year-old plus trees. But Community Ventures stated they had to be removed to restore all water lines and in turn they replanted new trees which were in excess of 30 feet in height. They have actually given the community a beautiful new place to enjoy as they hold Christmas at Mustard Seed Hill and offer a beautiful holiday light show. In 2020, they welcome over 30,000 visitors to the campus. Paris´ oldest spot is Duncan Tavern, built Four years before Kentucky even became a state. Duncan Tavern, built by Major Duncan has seen the likes of Pioneers Daniel Boone and Simon Kenton. As listed in Ripley´s Believe it or Not, Paris is also home to the tallest three-story building in the country. The downtown building was constructed in 1891 and has served as the popular Paradise Café restaurant for many years.

Paris Kentucky Heritage
Paris is the official home of the popular amber-brown colored beverage we know as Bourbon. Wondering what the difference is between Bourbon and whiskey? Well to be called Bourbon, it must be made in Kentucky. In the late 1700´s, Paris native Jacob Spears was one the earliest distillers in Bourbon County. Spears´ technique for making the popular drink gave it a very distinguishable tasty flavor. When sold around the country, buyers of the liquid gave it the name Bourbon, and Bourbon was born! The warehouse where Spear´s worked is still standing. An interesting note is that in the warehouse, one of the windows was converted to a drive-thru for the horse carriages; therefore, it was one of the first drive-thru in history.  In 2014, Bourbon was once again being made in Bourbon County. It was a huge move and truly got Bourbon production back to its original roots.  Thanks to Hartfield & Company formally called the Gentlemen who started production of Bourbon for the First time since 1919 when Prohibition went into effect.

Paris Thoroughbred Tradition
Paris is home to Xalapa and Claiborne Farms, two of the most prestigious racehorse breeding operations in the world. By far the most famous resident in the 200 year history of Paris is Secretariat, a Thoroughbred born, raised and buried in Paris at Claiborne Farm. Aside from his Triple Crown win, he set numerous track world records that still stand over 30 years later. Secretariat is the only Kentucky Derby winner to have ever finished the race in under two minutes. The Preakness was no different, as the horse legend blazed to the finish line in a record time. Sadly, no record was officially given to him due to a faulty timer. But that did not stop Secretariat! During his next race at the Belmont, he won by the widest margin ever, setting a world record with a time of 2:24 for the mile and a half course. The two-time Horse of the Year, won nearly $1.5 million during his time. Even today, Secretariat is regarded as a true legend who will always be known as the greatest horse of the century.

Road to Paris - History of Paris Pike
The scenic and historic sites of interest begin before even arriving in Paris, as the road connecting Paris to Lexington is a tourist attraction. Known as Paris Pike, this stretch of highway connecting the two cites is by far the most expensive road in the state and one of the most expensive roads in the nation. For years this stretch of road was a heavily traveled two-lane highway. In 1966, discussions began regarding how to widen and improve safety of the road. No one realized it would take 30 years for the numerous horse farm owners, local governments and national historical groups to finally reach an agreement on how the road should be widened.

The road and its surroundings are historical and considered extremely precious to the state of Kentucky, therefore careful thought and consideration was taken into account and no stone was left unturned to make Paris Pike, a true gem of the Bluegrass. Many requirements would be required from the new Paris Pike. The highway would flow with the contours of the landscape, additional trees and shrubbery, native to the area would be added and the historic rock walls, some built as early as the 1830s, were dismantled and rebuilt by hand. In 2003, the road was completed at a cost of $93 million dollars.

The new look to Paris Pike was worth the money spent. And the time spent by the public citizens, numerous preservation organizations and farm owners, who fought hard to maintain its historic characters, were thrilled with the new road. It truly was worth any cost to the state to keep the history in the Bluegrass. "This is an incredible model that should be followed in all parts of the country, not just Kentucky," commented Susan Harkins, owner of Duntreath Farm on Paris Pike. The Paris Pike project won the 2003 Federal Highway Administration´s Environmental Excellence Award; the 2002 Merit-Design award from the American Society of Landscapes and the 2003 National Partnership for Highway Quality State Award.

Today Paris is seeing revitalization in the downtown area. There are many antique, art shops and businesses in the downtown area striving to recreate a real sense of community from within. New brick lined sidewalks, antique style light poles and façade updates have brought back a renewed interest in the area. In 2008, the city of Paris, local businesses and over 40 area artists created the Paris Artwalk. And in 2021 it is still going strong! Hundreds of people always turn out to see these unique works of art and to embrace the new downtown Paris.

Looking for Paris KY homes for sale? Search our local listings database for access to listings in Paris and surrounding areas. Whether you want to buy or sell Paris, Kentucky real estate, you can browse through properties or find a wide variety of real estate resources available on this website.

If you are looking for a Paris REALTOR®, choose Kim Soper! As your Paris real estate agent, Kim Soper can assist you with all of your home buying and selling needs. I can provide you with access to the local listings database and offer our experience and knowledge to make the home buying or selling process easier for you and your family. Contact Kim Soper today to get your home search started! 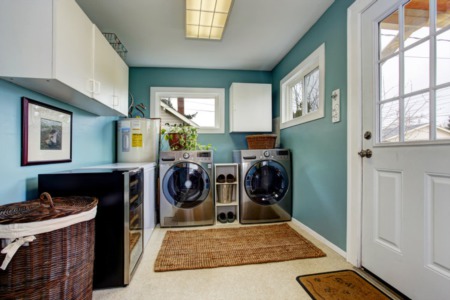 Save Your Kentucky Home From Dryer Fires 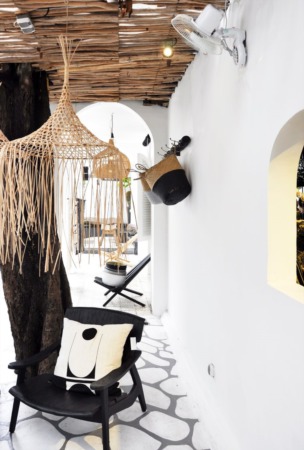