One of the aspects I treasure most about my job as your Realtor in Lexington, Kentucky is introducing newcomers to the great history Lexington and Kentucky has. We are proudly known as The Horse Capital of the World and with that we have a whole slew of fun facts revolving around the horse industry. Kentucky is so embedded in the horse industry’s glamorous history and racing traditions and showing what makes Kentucky so special is a total blast.

When I am house hunting with a client and we pass by a landmark or something worth mentioning, I fill them in on all the little “fun facts” as I call it.  So when I saw this photo opportunity, I had to share some “fun facts.” The photo below, taken at dusk at the intersection of War Admiral Way & Sir Barton (an intersection here in Lexington, Kentucky in the Hamburg shopping district) bears the names of two of the greatest race horses in world history.

War Admiral is hands down a very famous name in the racing industry and known by many Americans across the country. He was the offspring of the great thoroughbred Man o’War (considered the greatest horse of all-time). He was born here in Lexington at Faraway Farm and owned by Samuel D. Riddle. He won nearly all of his starts and won the United States Triple Crown in 1937 and went on to be named Horse of the Year. By far the most famous race War Admiral competed in was on November 1, 1938 when War Admiral met rags-to-riches people’s horse, Seabiscuit. You know Hollywood made a movie about this very race just a few years ago!

The matchup between Seabiscuit and War Admiral took over a year to nail down as the owners of both horses to finally agreed to a race. On that November race day, Pimlico race track saw a record number of visitors (40,000), including many Hollywood stars. Even President Franklin D. Roosevelt was late to a press conference because he had listened to the race on NBC radio. In the end Seabiscuit defeated War Admiral (lots of speculation that he had a broken hoof). Both horses were inducted in the National Museum of Racing in 1958.  In the Blood-Horse magazine ranking of the top 100 U.S. thoroughbred champions of the 20th Century, Seabiscuit was ranked #25. War Admiral was #13, and Seabiscuit's grandsire and War Admiral's sire, Man o' War, placed 1st.

The other name on the sign, Sir Barton is another legendary horse. In 1919 Sir Barton was the very first Tripe Crown winner. He was bred in Kentucky by John E. Madden & Vivian A. Gooch at Hamburg Place Farm. Yes, that is the farm that now bears the street sign and intersection where this picture was taken.  Sir Barton was inducted into the National Museum of Racing and Hall of Fame in 1957. In the Blood-Horse magazine ranking of the top 100 U.S. thoroughbred champions of the 20th Century, he is no. 49.

If you ever have a free moment, Google these horses and read more. I especially love the stories between War Admiral and Seabiscuit. Happy reading! 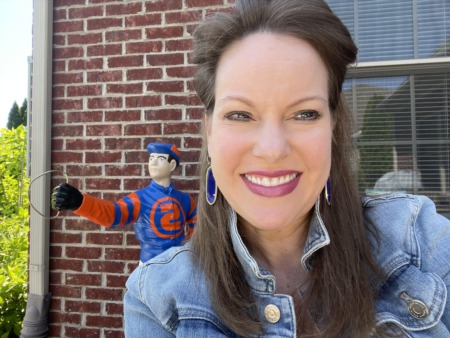 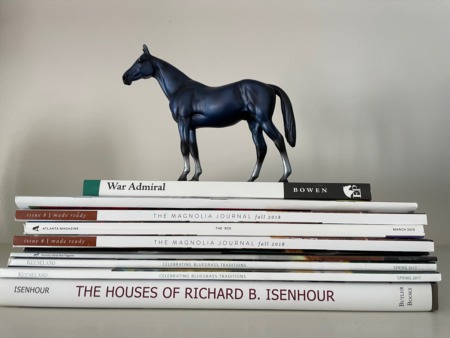 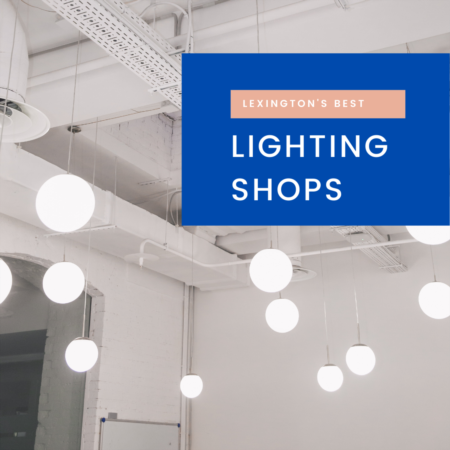 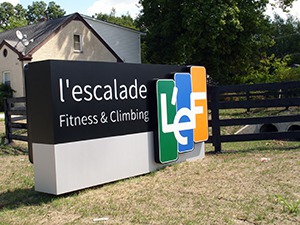 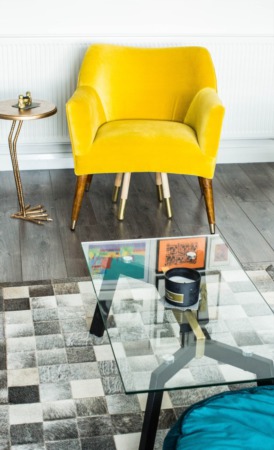